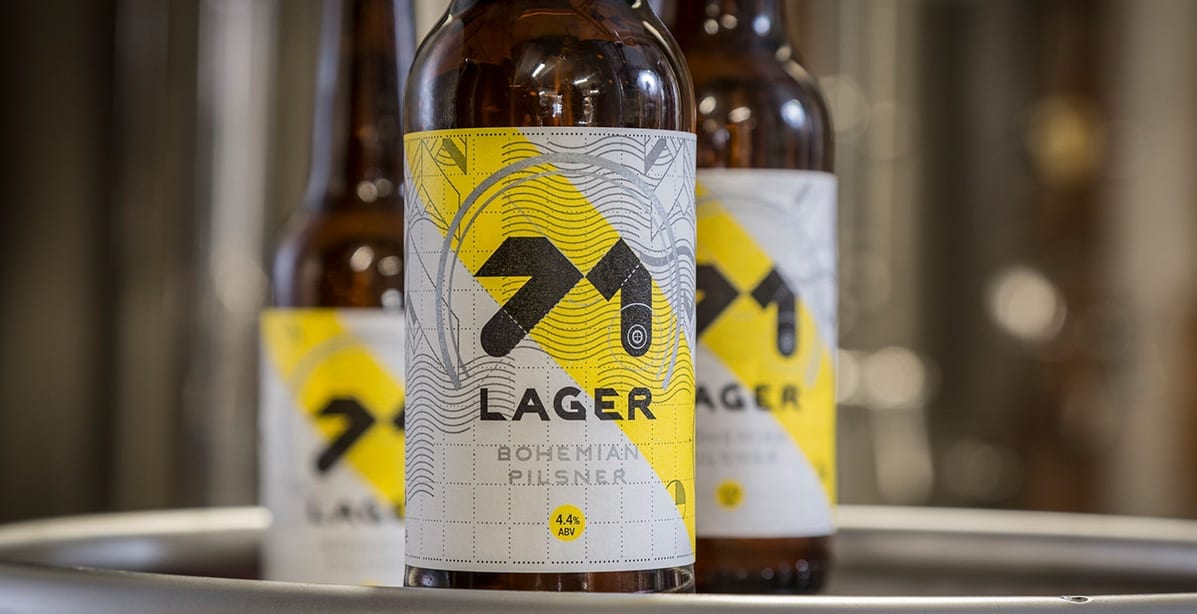 We are currently stocking 71 Brewing’s Breakfast Toast, so thought the following writeup on Dundee’s premier brewer featured in ferment magazine may be an interesting read…

Duncan Alexander, 71 Brewing’s founder and native Dundonian, left a career in IT to pursue his brewing dreams in 2016. He was living in Edinburgh at the time, but saw that Dundee was one of the only cities of any size that didn’t have a craft brewery. Having been through some tough years, the city was also making general comeback, with more independent business, more tourism and, crucially, the opening of the V&A Dundee. The decision to open up in his home town was clear.Work started on the brewery in 2016 and its first beer – Dundonian Pilsner – was released at the end of the same year. As 71’s sales operations manager Craig Cunningham explains, it started as a lager-only brewery: “Duncan’s always had a soft spot for lager, but opening up in Dundee it really was the obvious thing to start with. There wasn’t a massive craft scene here at the time, and it’s the style that most of the local pubs still buy more of than anything else. So, it was a foot in the door, but it also kind of pre-empted the big resurgence in craft lager that we’ve seen over the past couple of years.”

Buoyed by the success of its lagers, the brewery quickly expanded into limited batches of ales, which became it’s ‘Blueprint’ series and includes IPAs, pale ales, sours, stouts and more. While 71 is still largely associated with lagers, the Blueprint beers are also excellent; nothing at a crazy ABV and with a clear focus on drinkability and consistency.

71 has always been quite clear about its ambitions. Alasdair invested in good kit up-front, and set up in a big, modern space that would support future growth. This is in marked contrast to many craft breweries, which quickly end up bursting at the seams as soon as they achieve any kind of success. And it’s needed the space; particularly since it installed a new canning line in 2018, business has really taken off, with exports to eight European countries and a major supermarket contract to fulfil. The newest addition to the brewery floor has been two enormous 80-hectolitre outdoor fermenters.

One of the most interesting facets of 71 Brewing’s development has been its prolific collaboration with its national and international friends. “The collabs have grown definitely,” confirms Craig. “You’re kind of isolated up in Scotland, in a way that you’re not in England. It’s just good to get out and socialise, or get folk up here, to network and meet new people. Plus we can find out what they’re good at, brew their beer and steal their knowledge!”By all accounts though, breweries are practically lining up to collaborate with 71, and the team’s reputation for being excellent value on a night out is as strong (and well earned) as the reputation of its beers.

If there was any remaining risk of Craig getting lonely though, that was put to rest last year with the news that Edinburgh’s Vault City – the red-hot mixed fermentation acolytes who features in our Raise the Bar issue last year – would be taking a permanent residency under the same 71’s roof. A collaboration between the (brew)housemates will be pouring at Brew//LDN, alongside an imperial dry-hopped pilsner and a host of other goodies.

The future plan is just to keep striving; pushing into new markets and putting some work into the taproom to capitalise on the success of its legendary brewery tour, which was last year named Scotland’s best beer experience.

“The tour is kind of a comedy experience, rather than just a dry explanation of what everything does,” says Craig. “The guys that’s in charge of them, Ian Clark, he’s a comedian and wanted to do something a bit more fun. So he’ll put on the crystal maze theme tune and drag people round the brewery, get them to put labels on their heads. About 82% fact with the rest made up of comedy and misinformation.

“We’ve always been pretty pragmatic in terms of how the business is run, because we’ve wanted to always punch above our weigh. Unless you’re striving for something, you end up stagnating and become quite boring. Got to keep things fresh and exciting, eh?”