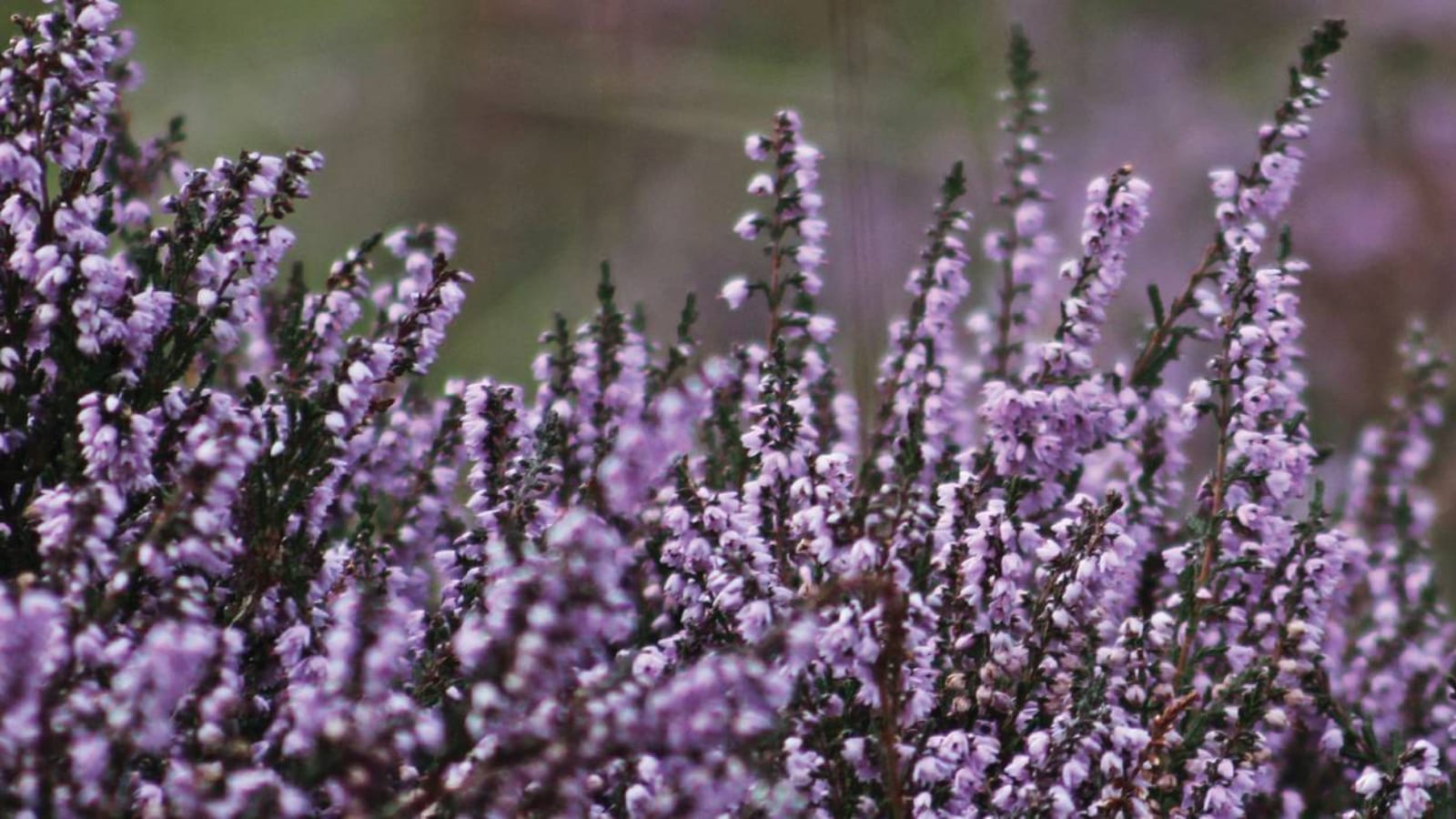 Drink local’. What does that mean to you? Does it mean supporting your local breweries and indy boozers? Or going further than that, and partaking of ingredients grown in that area via your drinks?

With the boom of the craft beer industry over the last several years has come a desire among drinkers to find the latest ‘special’ or ‘one-off’ beer – something that sets it apart from the usual pale ales and IPAs. Enter the foraged beer, whereby the brewery uses its local flora to give its beers that distinctive taste of home.

At Suffolk’s Little Earth Project, the brewers focus heavily on provenance, as well as creating the best beer possible – after all, why waste the precious resources of your local landscape, which can add so much flavour and depth to your beer?

Tom Norton, founder and brewer, comments: “Our whole ethos as a brewery is to connect to the local area and be more of an agricultural rather than an industrial brewery. When people think of brewing, they think of stainless steel tanks billowing out steam, whereas when people think of wine they think of grapes, oak barrels and vineyards – it’s a bit more romantic. We wanted to try and change that perception when it comes to our brewery and show that beer can also have provenance and be a celebration of the area and the ingredients found locally. Foraging is all part of this – we have so many great ingredients on our doorstep that match perfectly with the barley and hops we grow, and it becomes a representation of our ‘little piece of the earth’ and gives our beers a connection to their terroir.”

As Matt Carrington, designer at Six°North in the north of Scotland, comments, foraging brings something even more special to the act of brewing, and helps them connect with the land, as well as showing off what that land has to offer: “We like knowing where our ingredients come from and how they got here. We also like showcasing natural Scottish ingredients in our beers. So it made perfect sense to start brewing beers with foraged ingredients; it enhances our connection to our locality whilst allowing us to present a unique product.

“We’ve brewed eight foraged beers in the past three years, most of them collabs with other breweries as part of our Foraged & Found series. Some of our favourite collaborations are the ones where we’ve gone out the day before to forage for ingredients and then brewed the next day. It adds another dimension to the brewing process: an enhanced understanding of the origin of our ingredients.”

And some breweries seek outside help. Amy Rankine is a foraging consultant, and has operated her business Hipsters and Hobos in Edinburgh since 2017. She helps brewers utilise their local terrain and keep that connection to the land around them: “We’re surrounded by a plethora of flavours that can be found often literally on our doorstep, but which are often overlooked in favour of exotic adjuncts from around the world. I collaborate with breweries to help them discover the possibilities at their feet, often working with botanicals that would have been used historically but in a more modern context.”

Where might you go to find wild ingredients to add into a beer? It’s as simple as going out and exploring. And if you think that everything around you looks like a weed, that’s fine. A lot of weeds have a bad rep but are totally edible, and even have high nutritional and medicinal value, like dandelion, dock, purslane or chickweed for example. The possibilities are endless. The pretty puffs of white on some of the trees you’ll see at the end of spring/beginning of summer – elderflower, delicious in a sour beer. Those annoying green weeds that sting you when you’re walking your dog – nettles, perfect in a saison. Or, corn mint, as Tom from Little Earth Project explains: “On most farms this would be seen as a weed, but we used it in a beer Dani [Mountain, Ops Manager] designed, inspired by a mojito. The beer we used had been ageing for some time and had a light citrus character that we thought would work really well with the lemony mintiness of the corn mint (which is much more subtle than peppermint or spearmint).”

There’s so many ways to learn about foraging – online, in books, or by booking an educational foraging walk – and arguably, getting closer to nature is something we need to strive for now more than ever. As Pascal Baudar says in the introduction to his fantastic and insightful book ‘The Wildcrafting Brewer’: “our planet faces several real problems[…]. At this point in our evolution, we absolutely need to be part of the solution, and this even applies to the simple activity of harvesting wild plants. […] Picking plants and berries for food or making drinks can connect us back to nature. It’s a sacred link that, as a species, we all share.”

Some breweries will work with a foraging consultant to help them find hidden local gems – Amy Rankine is working with Spey Valley Brewery at the moment, and has collaborated with the likes of Edinburgh’s Cross Borders Brewery in the past. She explains: “Sometimes I will have a great idea for a beer that I know will work really well for a particular brewery’s style, and contact them directly. Alternatively, we will go for a wander, see (smell and taste) what is near the brewery and build up ideas from there.”

At Yonder Brewing and Blending in Somerset, Stuart Winstone and Jasper Tupman, both co-founders, share a passion for combining home-grown ingredients and brewing. Stuart comments that they’re spoilt for choice: “Somerset and the south-west are fantastic for a wide array of wild ingredients. We have wetlands, pasture, woodland and the coast all within an hour’s drive away so there’s not much that you can’t find if you know where to look!”

At Six°North, everyone pitches in, all around the northern Scottish landscape, as Matt comments: “We source our heather from the Cairn’o Mount hills which are just behind our brewery in Laurencekirk. Seabuckthorn near the coast in Stonehaven. Gorse from hedgerows close to our brewery. Spruce from the woods near Robert’s house.”

Some breweries know fine well the delicious options around them, and where to find them in abundance. Red Kelly, co-owner of Northumberland’s First & Last brewery, comments: “our foraged beers are seasonal treats we look forward to, as we love experimenting with the flavours provided by the natural bounties of the landscape of Northumberland. We use various seasonal hedgerow ingredients like sloeberries, elderberries, rhubarb, plums, damsons, elderflowers, water avens and juniper berries have all been central ingredients.”

Mike Deal and Mark Goodman from Wildcraft Brewery in Norwich even reach out to their local drinkers for help, so their beer takes the ‘produced locally’ tagline even further than most: “we regularly ask our community to forage with and for us, offering beer in return for the produce they pick. Whether it be stinging nettles, blackberries, elderflower or more rare and exciting ingredients, everybody pitches in to make sure we get enough” says Mike. A lovely way to spend a sunny day, if you ask me.

And for Little Earth Project, it’s as simple as just going out and seeing what’s nearby: “Often we forage along quiet country lanes between our home and the brewery which is 5 miles away. There are wild herbs, flowers and hedgerow fruits (including elderflower and elderberries) around from March to September, and often I’ll just jump on my bike and cycle until I find something interesting, which is how I’ve found a lot of wild hops.”

Whether it’s a chance to play about and make something that differs from the norm, or whether it’s a conscious decision to connect with their local countryside and greenspaces, it seems that more and more breweries have been experimenting with foraged ingredients. And as far as I’ve seen, these kinds of beers are well-received; not only because they are different and exciting, but because the general public is more keen than ever to ‘drink local’ and try something that showcases what is unique to the brewery’s area.

Mike from Wildcraft takes a pragmatic approach to their beer-making: “The beer has to taste good and have an element about it that makes people want to buy it – one of the things we have always said is that if we add a strange ingredient to a beer, we want to be able to taste it but the beer still has to be recognisable as a beer!”

And Stuart from Yonder remarks that feedback has always been very good, even with weirder foraged items: “Some of the ingredients can be a bit obscure but we see that as more of a way to educate, whether it’s on the bottle label, via social media, or in a blog post.”

This keenness from drinkers to learn, and from them to experiment, has even led Yonder to create a special range of beers: “We’re in the middle of launching a range of mixed fermentation saisons which focus on a single foraged ingredient. It’s a great way to talk about how flavours work in beer because the base of each is identical.”

I for one love that breweries across the UK are looking to brew something unique using more than just hops. Embrace your local terroir and truly drink local!