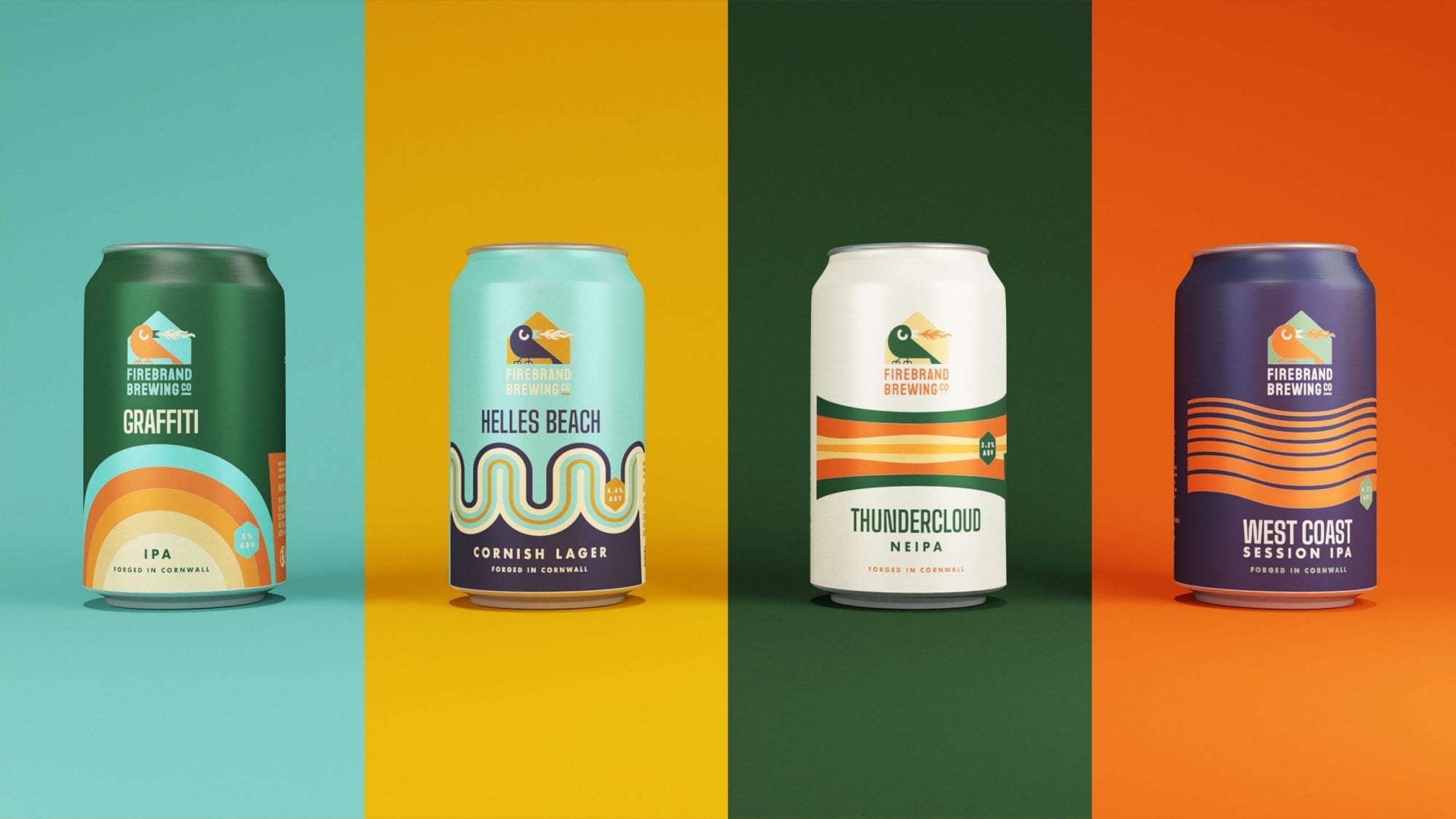 Firebrand Brewing Co is an award-winning brewery based in the north-eastern area of Cornwall, and is the ‘younger sister’ to Penpont Brewery. If you’re based near the south-west of England, you might be familiar with Penpont – this is Joe Thomson’s first brewery which he set up in 2008 (and is still in operation of course), and has a focus on more traditional real ales.

Think popular, multi-award-winning cask ales and bottled beers, which are enjoyed by locals in pubs around Cornwall and the surrounding areas.

After his success with Penpont, owner and head brewer Joe decided to begin a new endeavour five years ago, and so Firebrand was born; he wanted to experiment with making more modern, progressive beers, with more of an ‘American craft beer’ influence, but since he felt these didn’t fit within the Penpont brand, he released the new brews under a different name. Two different brands for two different types of beer.

At Firebrand, Joe and his team brew beer using only the finest ingredients, including British barley, and fresh water from a local spring. This new endeavour provided a chance to be more creative with the beers they’re brewing, and brew a range of beers that better reflect the things they want to drink.

Penpont (and Firebrand) have occupied an old milking parlour at the top corner of the rugged wilderness of Bodmin Moor, a huge granite moorland, for over a decade, but Joe decided that it was finally time for a change. Thanks to some recent investments, 2020 will see him and his team make a move a few miles up the road into a new purpose-built brewhouse. This is going to allow for the installation of shiny new amenities – meaning Firebrand will be able to triple its output – but most importantly, better equipment to be able to focus more on quality control. The new kit includes a hop rocket, new conditioning tanks and fermentation vessels, and a canning line – meaning Firebrand doesn’t need to outsource canning to another brewery, and the team can have control over all aspects of production in-house.

The new rebrand of Firebrand will be launched at Brew//LDN

Perhaps in the biggest news for north-east-dwelling Cornish folks, the move to a new facility also means the brewery will be in Launceston, the historic capital of Cornwall, which in Joe’s mind was the perfect excuse to set up a taproom! Punters will be able to drink Firebrand beers sitting in or take them away – there are few things in life better than buying beer straight from the source, and the taproom is sure to be an excellent addition to the town of Launceston.

Alongside this move will also come a re-branding for Firebrand, executed by Falmouth-based Kingdom & Sparrow design company. The bold new look includes a new logo, designed to reflect key aspects of the brand, including a red-billed chough (the Cornish national bird, fact fans) the milking parlour in which it was founded, and the brewery’s rural, ecologically friendly roots. There are also pump clips and can art designs, as well as a new line of merch including clothing and branded glasses. The re-brand generally reflects how graphic design has progressed since Firebrand originally launched five years ago, but also serves, as Joe comments, “to better represent the beer we make”.

This rebrand will be launched at Brew//LDN, so make sure to check out the Firebrand Brewing Co stand, and obviously check out the beer as well! Firebrand will be pouring its four core beers – its popular West Coast IPA (which has won various awards over the last few years, including accolades from SIBA Southwest), the refreshing Helles Beach Cornish lager, total juice-bomb Thundercloud NEIPA, and fan favourite Graffiti golden IPA – plus a tasty Simcoe pale ale, and an imperial stout.

There are plans afoot to start running tours of the brewery this summer, and Joe promises a greater focus on limited edition and barrel-aged beers. Firebrand has grown from strength to strength over the last five years, and is now even being exported overseas, so this rebrand can only be a sign of more exciting things to come for this small, rural brewery.