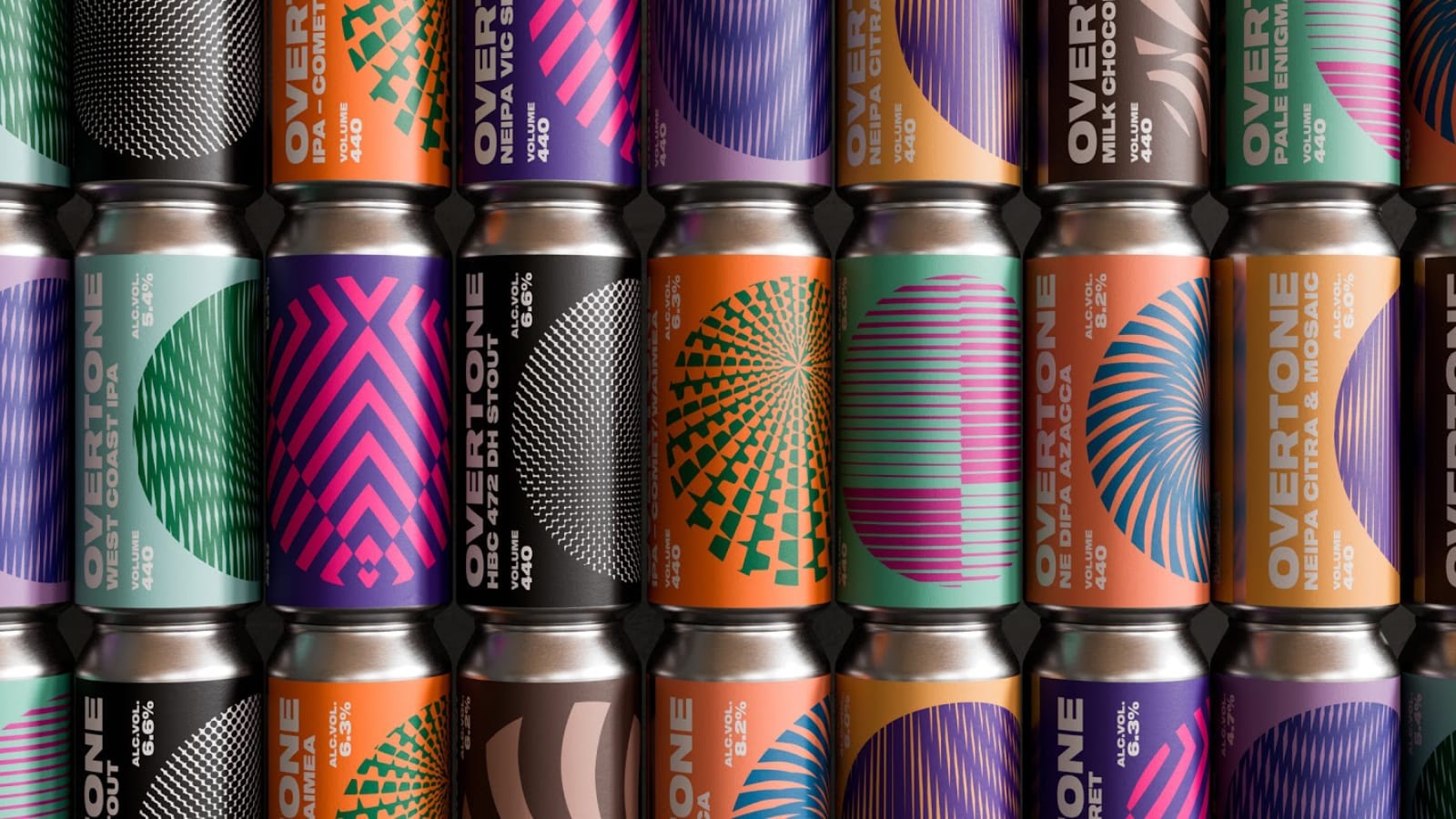 First things first – how, when and why was Overtone founded?

Overtone brewing was founded in Summer 2018 by myself, Bowei Wang from China, a craft beer fan and home brewer. He wanted to create a new brand and connect more people who like craft beer. Bowei was then joined by brewer Dan Miller from New Hampshire, America. Completing the trio was Martin Connaghan from Port Glasgow, who had just returned from New Zealand working in the craft beer scene over there.

Overtone is one of the newer breweries on the Glasgow beer scene but the craft beer community seems to have taken to you right away, what’s your take on the reception you’ve received?

Our target is to provide popular and trendy craft beer to our customers. Before establishment, there were very few breweries in Scotland that followed the trend. Head brewer Daniel also did a lot of work in recipe design and product quality, focusing on the NEIPA style as the core category of the brewery so, once we were established, we received some good feedback from the local craft beer community.

Overtone doesn’t have a core range, instead opting to continually release brand new beers – why did you opt for this approach?

As a creative brand, we take it as fun to try different recipes. On the other hand, our customers are more willing to experience the different feelings brought by different beers. We also find out the flavours they expect through their feedback, then make it happen. This way of interaction is also the culture of our brand.

The Overtone cans easily feature some of the coolest artwork out there right now – what’s the inspiration behind the look?

Overtone has two meanings; in addition to the metaphor that our beer has a deeper level, the other meaning is related to music. Vecause of my love for electronic music, we use the abstract dynamic patterns in electronic music videos as the brand characteristics. We expect our beer can provide the same beautiful experience as electronic music

Finally, is there anything you’d like to tell the Flavourly community about Overtone Brewing, especially if they’re encountering your beers for the first time?

We have stored our love for craft beer and perseverance in quality into our beer, please feel it and enjoy it.