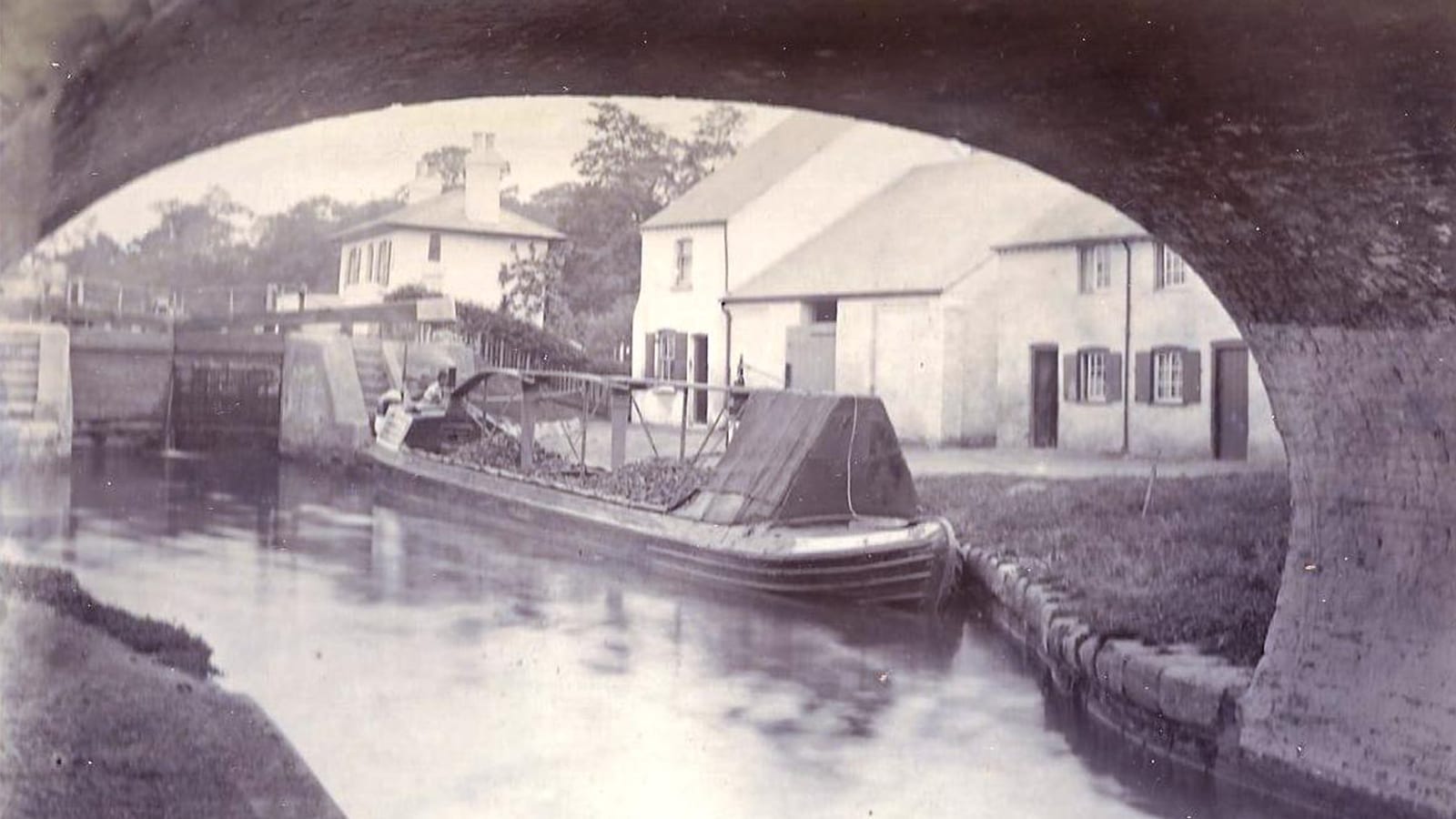 Following on from our previous email on the history of Rickmansworth, here is our third bulletin.

Trade on the canal was a multi-million-pound industry and continued for many years. A particularly prominent local canal business was WH Walker and Brothers Ltd, once standing at Frogmore Wharf where the town’s Tesco supermarket is now. Opened in 1905, the yard built and repaired large numbers of distinguished and hard-working wooden boats.

Canal work slowly declined to virtually nothing when speedier planes, trains and automobiles were introduced and took over. The paper mill at Croxley finally closed its doors in 1980 followed by WH Walker and Brothers Limited in 1988.

But what about the Railways? Well, notably in July 1860 Lord Ebury (he of the Ebury Way and Road again) obtained powers to construct a 41⁄2-mile (7.2 km) single-track railway line, the Watford and Rickmansworth Railway (WRR) between Rickmansworth and Watford, which opened in October 1862. Rickmansworth (Church Street) station was opposite the church to the south of the town with interchange sidings with the nearby Grand Union Canal. The line had stations at Watford Junction and Watford High Street and a depot in Watford.

Despite hopes that the railway would bring economic development and serve the factories and warehouses that had developed along the Grand Union Canal, it was Watford that grew at a faster pace and drew business from Rickmansworth. The railway was dogged with financial problems and was never financially successful. The Official Receiver was called in four years after opening and the company attempted to remedy its financial problems by opening several freight branches, the most notable being to the Croxley (Dickinsons) printers and to the Grand Union Canal at Croxley Green. The company was absorbed by the burgeoning LNWR whose station it shared at Watford Junction in 1881. However, The Metropolitan line was opened in 1863 just as Lord Ebury was coming to the end of his fight to save his Rickmansworth to Watford line. Rickmansworth station was opened on 1 September 1887.  For many years, steam engines (including underground services which chugged beneath the streets of London) used to operate from Ricky stations – you can still see the old water tower used for filling their tanks at the end of the southbound platform.

With the canal dominating the first half of the 19th Century and the Railway the second Rickmansworth grew dramatically during the Victorian era and in the 1920s and 1930s as part of Metro-land, due to the extension of Metropolitan Railway, and latterly became the commuter town we know today.

So did you know……

Valley Road in Rickmansworth has a frost hollow. This is caused by the local geography, notably the Railway embankment (yes the Railway again!!) which prevents the natural drainage of cold air from a specific part of the valley. The greatest daily temperature range in England was recorded on 29 August 1936 in Rickmansworth when the temperature climbed from 1.1 °C at dawn to 24.9 °C within 9 hours due to this unusual geographic feature.

With thanks to our very very good friend, the acclaimed author, award-winning blogger, qualified London tour guide, and all over enthusiast about London and its environs, Rob Lordan. Check this amazing guy out at https://robslondon.com/.  Oh yeah….we may have had a wee look at Wikipedia too…just to check the “facts”.