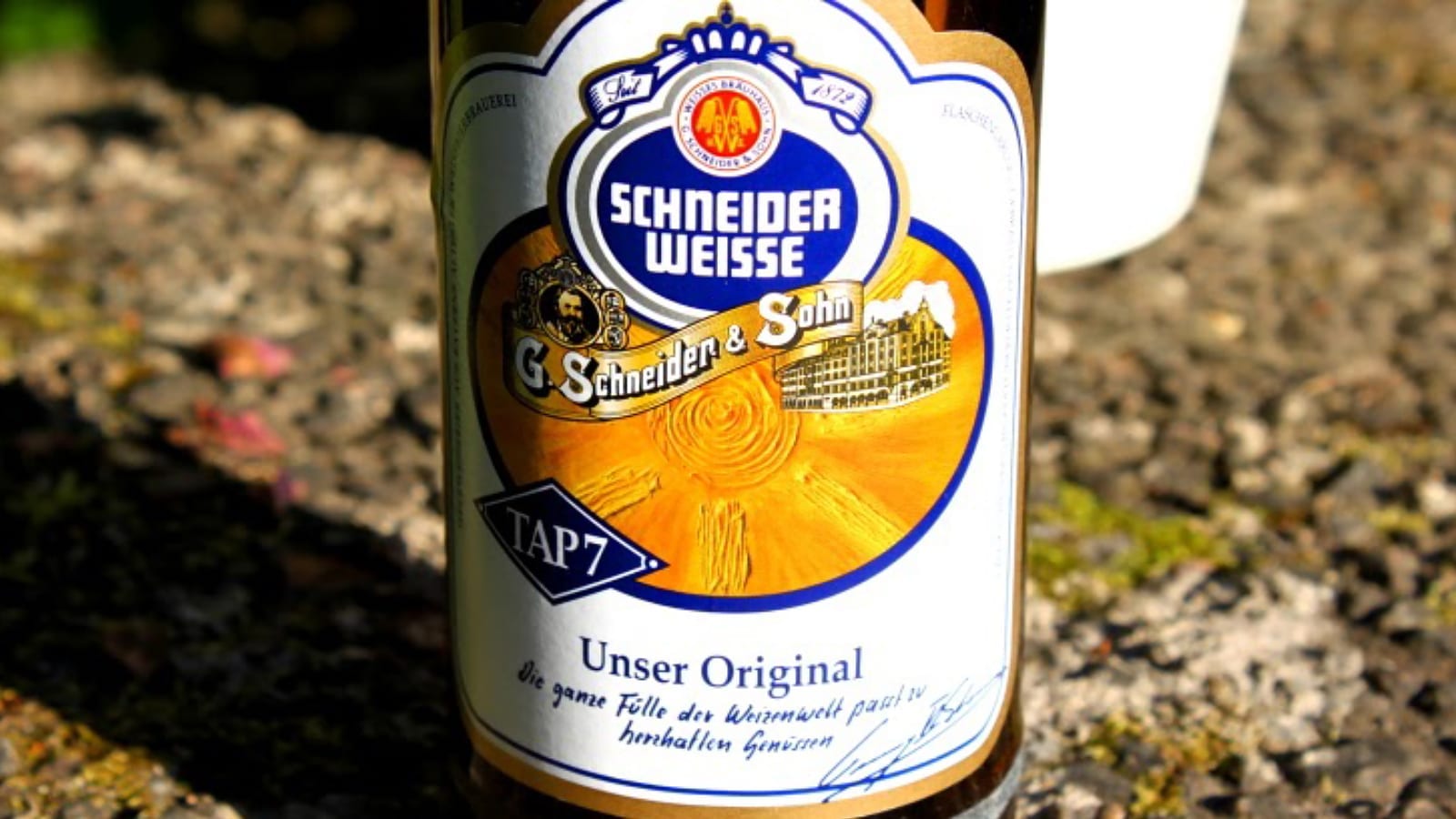 This is a message going out to everyone who’s tried “Schneider Weisse, TAP7 Unser Original”

You tried a beer that has remained virtually unchanged for two hundred years is remarkable enough; but to discover that this was at one time the only beer of that style available, hailing from a brewery that single-handedly saved it is even more astonishing.

Wheat beer (or weissbier in German) was once a common style in Bavaria, however after the Reinheitsgebot of 1516, the purity law stating that beer could only be brewed with water, hops and malt, it was proclaimed un-pure and unfit for the common man as it did not nourish but encouraged drunkenness.

Whereas the ordinary brewer was forbidden from making it, it was still enjoyed by local lords who traded the military services of their subjects for the right to enjoy it. It had become the drink of the elite and was heavily taxed in order to control its exclusivity.

In 1602 the balance of power shifted in favour of the Bavarian Duke Maximilian I who, seeing a window of opportunity, built a large brewery dedicated to the production of weissbier. This he supplied to taverns, making it mandatory for them to sell it alongside their usual beer, whilst all the time maintaining the sole right to its manufacture.

We now jump forward two hundred years, and with the industrial revolution sweeping across Europe changes in the production and quality of lager meant that weissbier was seen as an anachronism, a drink from the past, and with falling sales the ruling family, the Wittelsbachers, sold the right of production to Georg Schneider I in 1872. Georg had previously leased a brewery producing it from them in 1855 as by that point they had all but given up on it entirely, but with this acquisition he moved to larger premises and established his business under the name “G Schneider & Sohn” brewing weissbier under an old recipe, a recipe which is still used to make a beer now referred to as “Tap 7” or Unser Original (Our Original).

Further expansion in 1927 led the brewery to move to its present site in Kelheim, some 68 miles from Munich, where it has continued to thrive and expand its range. Aventinus, a doppel-bock strength wheat beer was introduced in 1907, and more recently a collaboration with New York’s Brooklyn Brewery in 2008 resulted in “Tap 5” a dry-hopped Hopfen-Weisse and well worth seeking out.

If you’ve not familiar with wheat beer then the complexity of the style may come as a bit of surprise with flavours of banana and clove particularly evident, and there is also a fixed ritual associated with pouring the beer itself. Rinse your glass with cold water then hold it at a slight angle while pouring cleanly and smoothly into it, taking care to leave a swallow or “Noagerl” of beer in the bottle. Setting the glass upright, roll the bottle gently in your hands before pouring out the last bit with a final flourish. All that remains is to enjoy the beer. Prost!

The story behind this week’s beer has been written by Justin Mason, a freelance beer writer with an interest in beer going back more than a quarter of a century which he finds a little frightening. A collector of all things beer related, he has an extensive library of more than 500 books on the subject. A member of The British Guild of Beer Writers, his blog “Get Beer. Drink Beer.” has been running for just over two years. With a particularly keen interest in the current burgeoning beer scene in London his long running #BeersOfLondonSeries is a popular and regular feature. He has written guest posts for various blogs and is currently co-working on a local online guide to be published in the next few months. He can be found on twitter at@1970sBoy as well as frequenting pubs in and around the nation’s capital as well as in his home county of Essex.